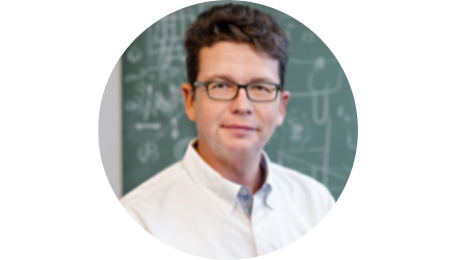 We investigate the physical principles of material properties of soft matter. General aim of our work in the field of nanostructured polymer interfaces is to deduce the functional properties of materials from the knowledge of the structure and dynamics in the nanoscale.

Polymers for Application in Photovoltaics

One potential alternative to crystalline silicon photovoltaic (PV)  cells is cells made from thin films (<1 micometer) of conjugated (semiconducting) and photoactive polymers, which can easily be cast onto flexible substrates over a large area using wet-processing techniques. These photoactive polymers are attractive semiconductors for photovoltaic cells because they are strong absorbers and can be deposited on flexible substrates at low cost. Cells made with a single polymer and two electrodes (see figure 1a) tend to be inefficient because the photogenerated excitons are usually not split by the built-in electric field, which arises from differences in the electrode work functions. The efficiency can be increased by splitting the excitons at an interface between two semiconductors with offset energy levels (see figure 1b). The exciton diffusion length in several different conjugated polymers has subsequently been measured to be 4-20 nm. To address the problem of limited exciton diffusion length in conjugated polymers, two conjugated polymers with offset energy levels are mixed so that all excitons would be formed near an interface, as depicted in figure 1c [Appl. Phys. 1995, 78, 4510]. This device structure, called a bulk heterojunction (BHJ), provided a route by which nearly all photogenerated excitons in the film could be split into free carriers. To allow the transport of the free carriers to the electrodes a bi-continuous blend structure is most advantageous. The active layer, consisting of two interpenetrating sub-networks with donor, respectively acceptor character, is sandwiched between two charge carrier-selective contacts [Chem. Mater. 2004, 16, 4533-4542].